Governor’s Tavern is open for business with new outdoor seating and a side TIKI LOUNGE! Zombies! Mai Tais! Bahama Mamas!

I’ll order any drink served with a little umbrella!

This historic and famous bar in Hudson was featured in the movie, “Nobody’s Fool”, 1994, with Paul Newman. Initially named the State Grill, the bar was renamed ‘Iron Horse’ for the movie, and the owners kept the sign and the name (post from Gossips of Rivertown).

Owners/Managers Renee Ortege and Brian Dykeman in front of the big picture of Hudson.

Since Governor’s Tavern opened, I’ve been mesmerized by this large photo at the back of the bar.

Brian told me that Historic Hudson had the negative for this photo, and they hand-delivered it to Molinski’s Photography to have it developed. Coincidentally, they realized that this scene looking down Warren Street is actually shot from the corner of 7th and Warren, the former home of Molinski’s Photography!

When was this photo taken?

Brian estimates the photo was prior to the 1870’s. The church steeples in the back of the photo burned down around that time.

Brian pointed out that the lock signs in front of the locksmith storefront, are still on Warren Street.

The same lock signs are now on the top of Rogerson’s Hardware store.

Governor’s Tavern has twelve beers on tap – and you can CAN the beer right there at the bar then take it home. This is not a bar trick!

Can your own beer at the Governor’s Tavern!

Canning my own beer totally fascinates me, however, if there’s a drink with a little umbrella on the menu, that’s what I’m getting.

Can you please CAN my frozen zombie and put the little umbrella in there too? Then, I can walk it right down to Trixie’s Oyster and Fruit Dealers, the name of my new imaginary Hudson gay bar? 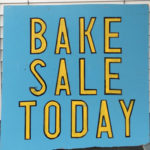 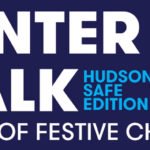 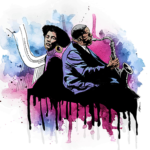 There are no ads matching your search criteria.