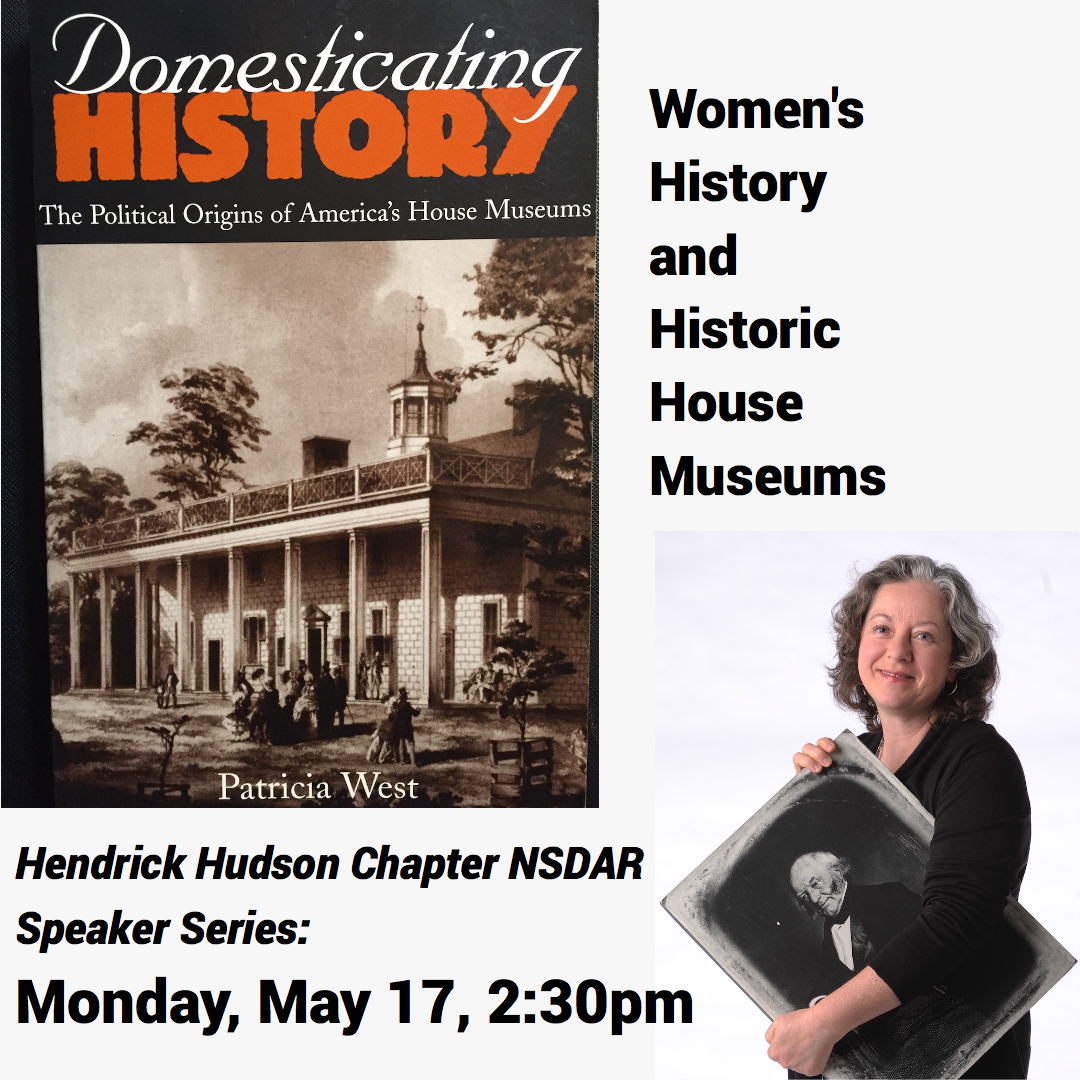 The 2021 speaker series of the Hendrick Hudson Chapter of the Daughters of the American Revolution continues on May 17th at 2:30pm. A thought-provoking Zoom presentation by an eminent historian, museum curator, and author will challenge you to think closely about house museums. What kinds of stories do they tell? What kinds do they leave out?

Nineteenth-century museums were typically the creation of women. Those in the early 20th century were more likely founded by male politicians, corporations, and museum professionals. All of these museum founders were establishing “monuments steeped in the issues of their times.” Dr. Patricia West McKay’s book Domesticating History: The Political Origins of America’s House Museums explored the role of gender and race in American house museums and became an “instant classic.” She is well known for her groundbreaking work to bring to the fore the lives and labors of domestic servants in historic house museums.

Patricia West McKay, PhD, is the recently retired Curator/Historian of Martin Van Buren National Historic Site in Kinderhook. She is Co-Director of the University at Albany’s Center for Applied Historical Research, which works to facilitate broad, democratic access to historical resources and knowledge. The Center applies historical scholarship to real-life projects by working with public and academic historians, corporate and government agencies, and public and private historical institutions. She is a sought-after speaker, panelist, and moderator and the recipient of dozens of awards in her field.

The Hendrick Hudson Chapter of the DAR was chartered 125 years ago in 1896. A nonpartisan organization welcoming eligible women without regard to race, creed, or religion, it includes more than 100 members who trace their lineage back to a patriot in the American Revolution–whether serving as soldier, shopkeeper, or seamstress. In accordance with the National Society DAR, members work to perpetuate the memory and spirit of the women and men who achieved American independence, to promote the development of an enlightened public opinion, and to foster patriotic citizenship.

The chapter owns and maintains its meeting house, the Historic Robert Jenkins House, at 113 Warren Street in Hudson. The chapter and the chapter house can be accessed at hudson-dar.org, facebook.com/HudsonDAR, instagram.com/robertjenkinshouse, hendrickhudsonchapterdar@gmail.com, and (518) 828-9764.

Due to the COVID-19 pandemic, Robert Jenkins House tours, library, and chapter in-person activities have been curtailed pending state and local recommendations. In the interim, online meetings and activities are offered.

House museums: What kinds of stories do they tell? What kinds do they leave out? Dr. Patricia West McKay explores the role of gender and race in American house museums.