Home Events Jams in the Hamlet 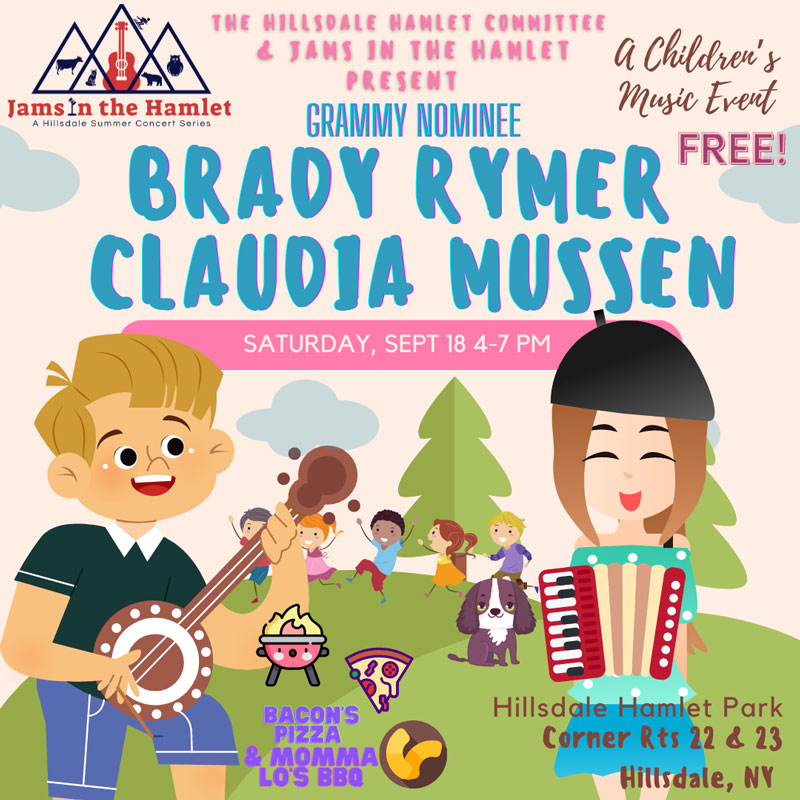 Jams in the Hamlet 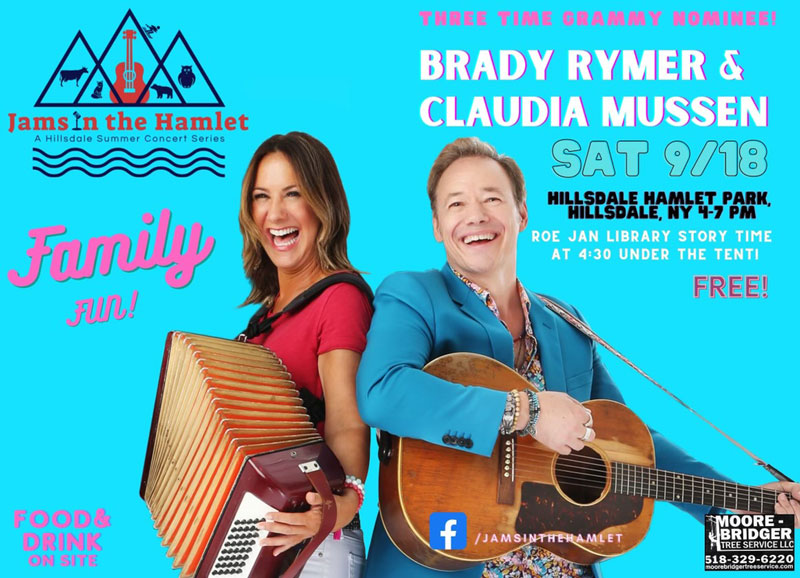 The event begins at 4:30 p.m in Hamlet Park with the Roe Jan Library presenting a storytelling program in the park. Food and soft drinks will be available from local restaurants, including Momma Lo’s BBQ and Bacon’s Pizza.

The free concert will run from 5 to 7 p.m. Please bring a blanket or lawn chair.

Hillsdale’s Hamlet Park is located southwest of the traffic light at the intersection of state Routes 22 and 23.

Brady Rymer enjoyed a decade-long career with RCA Records jam band From Good Homes, recording and touring with acts ranging from the Dave Matthews Band to Bob Dylan and Bob Weir’s Ratdog. Rymer ventured into family music as he started his own family, releasing “Good Morning, Gus” in 2000.

His most recent album, “Under the Big Umbrella,” was inspired by and written with students and teachers. It’s a collection of songs full of hope for a future with room for everyone, where individuality and kindness are valued.

Together with his longtime bandmates in the Little Band That Could–with backgrounds from Americana to Zydeco- he sings for kids and families across the country at performing arts centers, concert halls, clubs, outdoor festivals, schools and libraries. For more information visit www.bradyrymer.com.

Jams in the Hamlet is produced by Hamlet Committee members and full-time Hillsdale residents Garrin Benfield and Jason Durant. The series, which features professional musicians, will be capped off by a community talent event at the town’s annual Pumpkin Festival on Oct. 9.

Funds for the event are also being raised through the sale of Jams in the Hamlet merchandise, available at https://jams-in-the-hamlet.creator-spring.com.

The Hillsdale Hamlet Committee decided to sponsor the concert series this year to allow the community to come together safely outdoors and to raise awareness and use of the Hamlet Park. The committee has embarked on a program to reimagine and renovate the park based on a professional master plan approved by the Hillsdale Town Board. 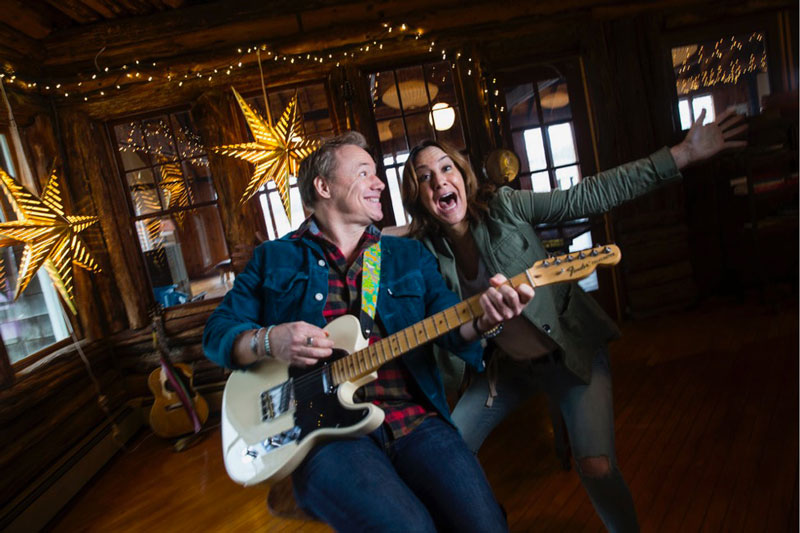