This will be one swingin’ barn dance on a holiday weekend that you don’t want to miss! Get yer friends together, polish up your boots because the barn dance floor is huge!

Then when you need energy from all that dancing you can purchase a hefty box of Smoked Brisket or BBQ Ribs prepared on-site by our good friends from the Hillsdale Fire Co. They are bringing their big mobile smoker!

Please note: The Hillsdale Fire Co. BBQ meals and all beverages from the Shed Bar Lounge are sold separately and are not included in the ticket price.

Smoked Brisket or Smoked BBQ ribs with cornbread and a choice of two sides, choose from Mac & Cheese, Cole Slaw, or Potato Salad. $22.50

The sale of BBQ meals will be run by Hillsdale Fire Co. Credit/debit cards and cash will be accepted for the BBQ dinners. So come hungry and support our firemen!

There are no outside beverages allowed at this event. Ice cold beer, wine, and non-alcoholic beverages will be available at the Shed Barn Lounge at Taconic Ridge Farm. Pricing will be displayed at the bar…cards, and cash will be accepted.

Headlining is The Juke Drifters who are lead by Jim “Cowboy Jim” Wright, one of the masterminds behind the Oldtone Music Festival, he’s also a GRILLSDALE musical alumnus. His band The Hayrollers played at the first GRILLSDALE event way back in 2016 and we are always thrilled and honored to have him and his band(s) perform on our stage.

Cindy Cashdollar joins The Juke Drifters for this show and what a show it will be. Cindy grew up in Woodstock, New York. where the whole musical community watched as Cindy’s talent swiftly grew on the Dobro and then lap steel. She has toured with Levon Helm, Rick Danko, bluegrass singer John Herald, blues legend Paul Butterfield, and folk heroes Happy & Artie Traum.

In 1992 she joined the Western Swing group Asleep At The Wheel, and expanded her instrumental prowess to the steel guitar. Cindy’s taste and style added to the band’s sound as she toured and recorded with them for nine years.

She has collaborated with legends such as Willie Nelson, Merle Haggard, Dolly Parton and Lyle Lovett, and won five Grammys. Upon leaving AATW the names of those who hired her are lifted out of the record books: Ryan Adams, Bob Dylan (on his Grammy-winning Time Out of Mind album), Van Morrison, Dave Alvin, Rod Stewart, Albert Lee, Marcia Ball, Rory Block, Jorma Kaukonen, Leon Redbone, BeauSoleil, Peter Rowan, Sonny Landreth, Amy Helm …and so on.

Donny and the Moons is a new outfit created especially for this show and features lead vocalist/musician Donny Amidon of Mail The Horse and Donny & The Dads. They will kick off things at this barn dance and get the crowd swinging.

Never danced at a barn dance? No need to fret because you can learn to line dance with the guidance of Hudson Valley’s king of dance callers Alex Udis. 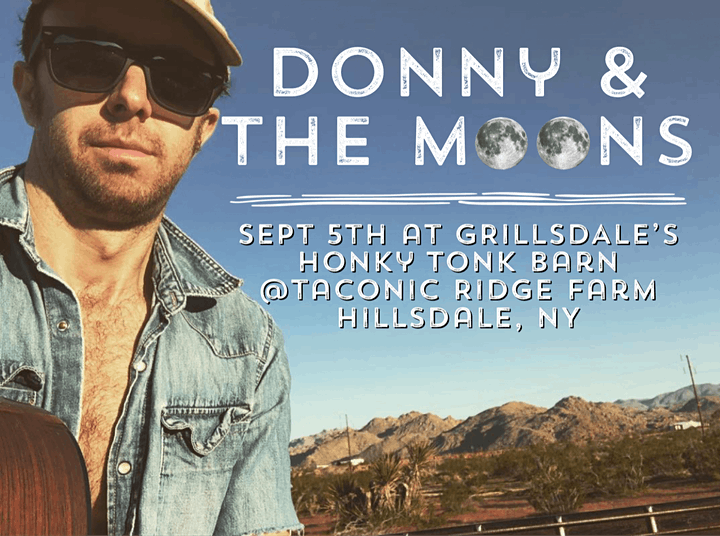